Continuing the Military Mission at GDIT 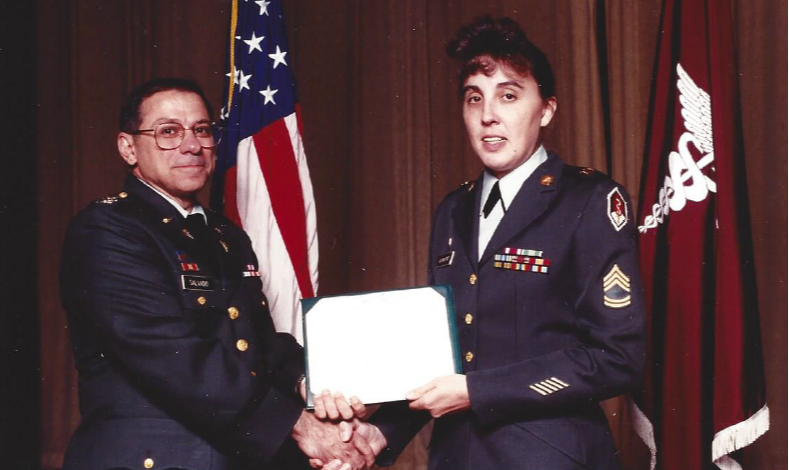 Julie McGrath, Vice President of GDIT's Military Health Life Sciences program, has always been a trailblazer. She recalls how, growing up in the small town of Huntingdon, Pennsylvania, there were essentially two paths for women: going to college or becoming a farmer’s wife. 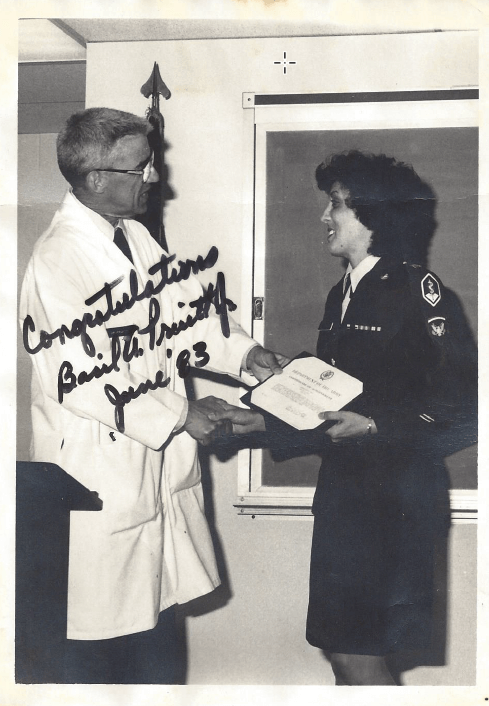 Julie’s mom didn’t have the money to send her to college and Julie had no desire to become a farmer’s wife, so she joined the military, specifically, the Women’s Army Corps. This was at the end of the Vietnam War era when there were only about 500 women in the Army in total.

Among the other 60-women in her unit, Julie found her stride and charted her own path. She served for 22 years at posts in Texas, Germany and Washington, D.C., eventually rising to the rank of E8 Master Sergeant (MSG) and making significant contributions at every turn.

“I worked at the Army Burn Unit on a research team which led to a patent for the Silvadene Burn Cream which is still in use today,” she said. “I also ran a blood bank in Germany for a neonatal unit that was responsible supplying fresh blood for these tiny one or two-pound babies being born there.”

Julie was also running the blood bank in Germany during the Ramstein air show disaster in 1988, which at the time was the deadliest air show accident in history. It was a mass casualty event with 70 fatalities and hundreds of serious injuries, surely a day Julie will never forget.

GDIT is fortunate to have had Julie among our ranks for more than 20 years. Following her service, Julie
says joining GDIT was a natural choice. She loves her country and wants to continue supporting the military mission, which she does every day on the Military Health Life Sciences program. This initiative is focused on helping to research, educate, diagnose, and treat the healthcare issues affecting our service members, veterans, and their families. 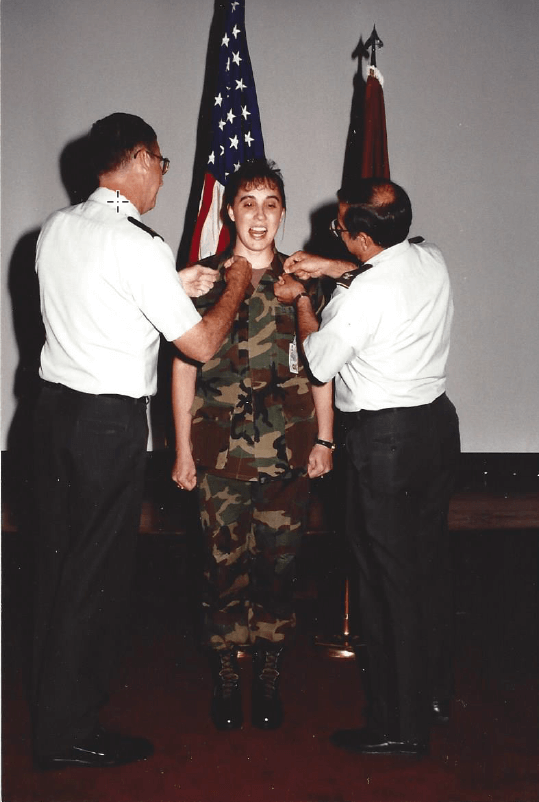 “When I was on active duty, we focused on esprit de corps (a feeling of pride, fellowship and common loyalty shared by the members of a particular group) and in my GDIT organization, we really promote camaraderie and the notion of success for all – no lone rangers. We’re like a family or even a unit,” she shared.

Like many who join the military young, Julie had some doubts about joining the civilian workforce upon retirement. “When I went to retire, I doubted my skills, but the military absolutely did prepare me for this job,” she said. “The mission does change but the military taught me time management, people skills and it instilled in me the love of country and the urge to protect our country.”

The military also prepared Julie to be a strong leader and manager. “Leadership is the art of influencing people to do what they would not normally do themselves,” she said. “But I also rolled up my sleeves and did things alongside my soldiers. I apply that same leadership style now. The military gave me skills for my entire life,” she said.

Learn more about GDIT’s commitment to hiring veterans, and the nearly 25 percent of our workforce who are veterans.

Unlocking the Benefits of 5G and Beyond