Honoring Veterans Today and Every Day, Everywhere in Our Business

GDIT is the company we are because of the company we keep. Nowhere is that more apparent than when it comes to veterans. We have always maintained a steadfast commitment to hiring and supporting veterans because we know they make us better as a company and help us understand and deliver on our customers missions – particularly for our DoD, VA, Homeland Defense, and Intelligence customers.

This year, as we observe Veterans Day, we are taking a moment to highlight the stories of some incredible veterans working at GDIT and how their service has enabled them to have a tremendous impact on customers and programs across the federal government. Enjoy! 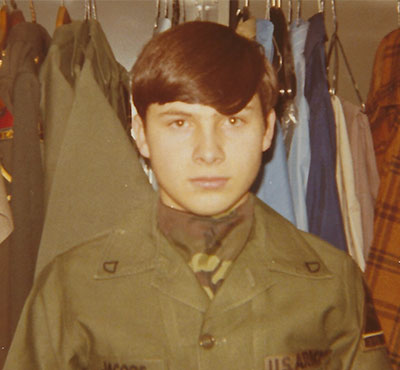 "I grew up in Louisville, KY. As a high school dropout, I had no direction and no plan for future success. My sister persuaded me to join the military. Serving in the Army in Europe was a wonderful experience. The Army taught me self-respect, self-discipline, integrity, and initiative to succeed. I saw parts of the world that I had only dreamed of growing up. While serving in the military, I completed my GED and took some college prep courses. Upon my Honorable Discharge, I went to college on the G.I. Bill and received my bachelor’s degree, and later in life I worked hard for a master’s degree in Business. The Army turned my life around. I am convinced that it was my military experience that saved my life and provided me a path to a happy and fulfilled future. I received an Army Commendation Medal just prior to my Honorable Discharge. The education the military provided, along with the life lessons of self-respect, determination and drive to succeed all took root during those years in the Military. I have continued to grow and learn throughout my adult life. All of these attributes can be traced back to my experiences and mentors from the Army." 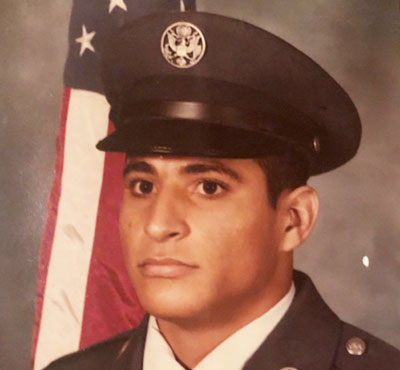 "I was born in Colorado Springs, CO and graduated from Agustin Stahl High School in Puerto Rico. I attended the University of Puerto Rico for two years and graduated from Strayer University with a bachelor’s degree in Internet Technologies. I enlisted in the United States Air Force in January 1978 and completed 22 years of distinguished service, first as a telecommunications technician and then as a tech controller. I retired as a Senior Master Sergeant. My assignments included Tinker Air Force Base in Oklahoma where I was in the 3rd Combat Communications Squadron. I served in the Engineering Installation Directorate and was stationed at Hahn and Bitburg Air Force Bases in Germany; at Incirlik Air Force Base in Turkey; in Naples Italy; at Patrick Air Force Base in Florida; at Schriever Air Force Base in Colorado; and at DISA here in Washington DC. I spent 16 and half years as a DoD civilian earning selection as GS15 in charge of the Enterprise Management for the Joint Task Force’s Global Network Operations (JTF-GNO) and then for the Army and Army cyber command and was awarded the Meritorious Civilian awards from DISA and the Army. I am currently working as architect for GDIT. The Air Force taught me responsibility and a never give up attitude, I learned about cyber operations and how the threat is real and how to mitigate activity to protect critical data for missions and operations. This has aided me in ensuring that GDIT understand the DOD networks and the environments and issues presented daily to the not only the network operators but the operational environments thus it has helped in solution and proposal reviews and ensuring our solution was always getting at the customer and operational needs." 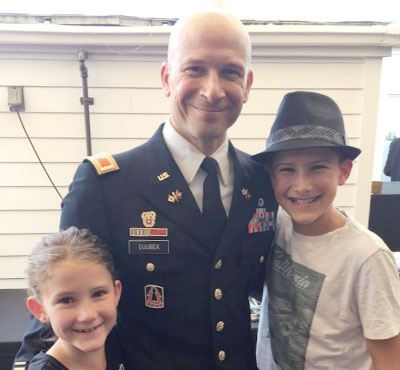 "I had the honor to serve this great nation for 26 years in the Army. My assignments included Ft Lewis, Washington; Kitzingen, Germany; Boulder, Colorado (to get my master’s degree); Stuttgart, Germany; Ft Shafter, Hawaii; a year deployment to Camp Arifjan, Kuwait; and then tours in DISA at Annapolis and Ft Meade, Maryland. Except for two years in the Air Defense Artillery, the rest of my time was spent as a Signal Corps officer, moving from tactical mobile subscriber equipment in the 29th and 17th Signal Battalions in my early days to more strategic staff and network security operations positions in the latter half of my career (DISA-Europe, 516th Signal Brigade, 160th Signal Battalion, the Joint Spectrum Center, and Joint Forces Headquarters-Department of Defense Information Networks). But the real story is the influence and inspiration of my family. I come from a long line of service – two great uncles fought in WWII in Italy and Guadalcanal, both grandfathers supported the war effort – one in an ammunition factory, the other as medical specialist on a hospital ship in the Pacific. My mother served for five years in the Air Force and attained the rank of Captain. My father also served in the Air Force, and flew the F-111, the U-2, the B-52, and 133 combat missions in Vietnam flying the F-105 over a career that spanned 26 years. Both of my parents imbued in me that value of serving our country with dedication, determination, and distinction. I wouldn't be where I am today without their love, guidance, influence, advice, and direction. Finally, my two children, Dean and Dana, have supported me throughout the last part of my career, through challenging times when duty called and I worked late, to when I was gone for a yearlong deployment, and now in my new role as a civilian. Living by the Army values – Loyalty, Duty, Respect, Selfless Service, Honor, Integrity, and Personal Courage – has helped me immensely with my career at GDIT. These values neatly integrate with the GDIT values of Honesty, Trust, Transparency, and Alignment. The combined values keep me grounded, make me a reliable teammate, and help me to focus on doing the right thing at the right time to support our customers as well as our internal GDIT team."

We thank these veterans for their service and for sharing their stories. We are fortunate to have them, and hundreds like them, at GDIT making us a better, stronger organization.

Learn more about GDIT's commitment to veterans, including veteran hiring.

How One GDIT Engineer Is Helping Students Find Their Career Paths

Inspiring the Next Generation of STEM Leaders