Every November 11th, the United States observes Veterans Day, a national holiday dedicated to honoring and remembering the nation’s veterans - individuals who have joined the ranks of the United States military to fight for the nation, its liberty and its freedom.

General Dynamics IT (GDIT) is proud to be a trusted partner for the United States military, helping the Department of Defense (DoD), Strategic Commands and the different branches of the Armed Forces to integrate the technologies capable of helping them overcome some of their largest challenges. A pursuit that is only made possible by the company’s commitment and dedication to hiring veterans and retired members of the military.

Veterans are the foundation of GDIT’s workforce – forming a strong core of dedicated, passionate and knowledgeable employees who have been forever changed and enriched by their previous experience as part of the United Stated military.

In honor of Veterans Day, we reached out to some of the many veterans who make GDIT’s workforce one of the most capable in the world to hear their stories and learn about their experience in service to our nation. Here is what they told us:

My own service came via the U.S. Air Force as part of an Air Support Operations Center.

Courtesy of our government, I was trained in basic and advanced electronics to maintain and repair the radios used by forward air controllers (FACs) to call in air strikes for ground troops. This meant training missions at Fort Hood, near Killeen, Texas, a U.S. Army base to this day on the periphery of my activities as GDIT employs workers there.

Deploying to the north range was like going on an elaborate camping trip or expedition. During the Fort Hood missions, I bonded with the other airmen in my unit – many of whom I keep in touch with to this day. We are honored and grateful to have served and honor others for their sacrificial service keeping our country a free nation. 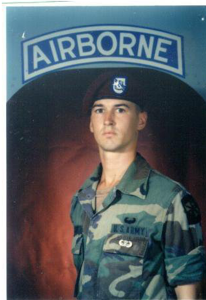 John Light – U.S. Army
I joined in U.S. Army in 1986, where I served in the United States Army Honor Guard as well as the 29th Infantry Division. I served as both an enlisted soldier as well as an Officer and the Army helped make me who I am today.

There is not a day that goes by when I do not reflect on my time in the Army and the lessons they taught me.

Whether it was the attention to detail that I learned while a member of The Old Guard, or how to deal with stress and unexpected happenings as found out in Airborne and Air Assault, the Army honed the values I learned as a child and while at the Citadel.

It was a true privilege to have served my country, and an honor to have been one of the few chosen as a member of the U.S. Army Honor Guard. 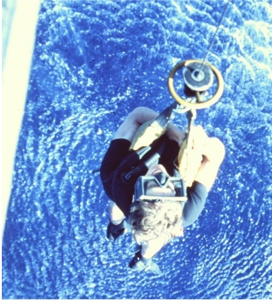 Thomas Boyles – U.S. Navy
I spent almost 24 years in the Navy before retiring as a Chief Petty Officer. A majority of my time was spent as an Aviation Warfare Systems Operator (Naval Aircrewman) and Helicopter Rescue Swimmer.

I deployed onboard the aircraft carriers U.S.S Enterprise and U.S.S Kitty Hawk several times along with an occasional [helicopter] detachment to other smaller ships.

Nothing was more gratifying than being called to provide assistance to those in distress at sea. It was the best job in the Navy. 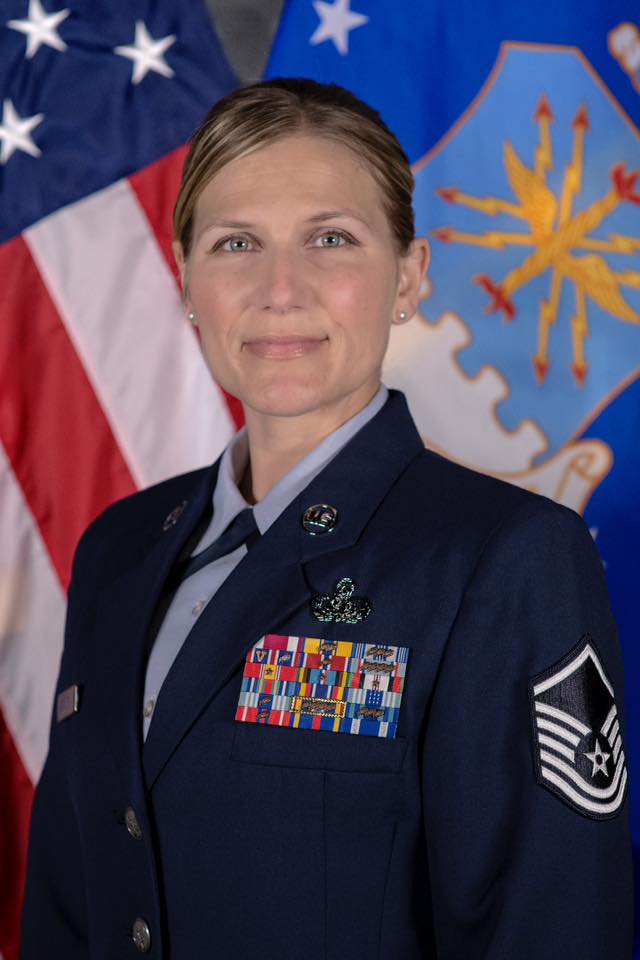 Amelia Snyder – U.S. Air Force
In 1995, I joined the Air Force right after graduating high school in Charleston, SC. Over the course of almost 22 years, I had the pleasure of being stationed in New Mexico, Germany, Delaware, Mississippi, the United Kingdom, Florida, and Virginia. I also deployed to Italy, Germany, Saudi Arabia, Turkey, Sicily, Kyrgyzstan and Afghanistan.

Serving my country allowed me to learn the value of diversity and working together. I have met many people from many walks of life, which put a different perspective on the way I view the world and impacted how I interact with others.

I wouldn't trade my time in the service and the places I have traveled for anything.

I am especially honored that my son has decided to follow in my footsteps and has also joined the Air Force. He is currently in Mississippi for training to learn his job – which is the same job I had while I was in the Air Force. Once he graduates, he is heading to Ramstein AB in Germany - where he was born. 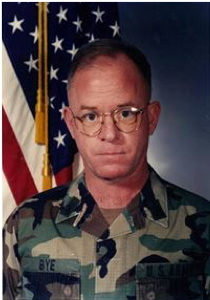 Michael Bye – U.S. Army
I joined the U.S. Army in November 1977 after graduating from the University of Louisville with a BS degree in Criminal Justice. Upon enlisting, I attended Military Police (MP) basic training and advanced individual training at Fort McClellan in Alabama.

I then served in the Military District of Washington Military Police Company as a SWAT Team leader, working in direct support of the U.S. Secret Service. That was followed by assignments to the Republic of the Marshall Islands, Schofield Barracks (Hawaii) and Fort McClellan before retiring as a First Sergeant. 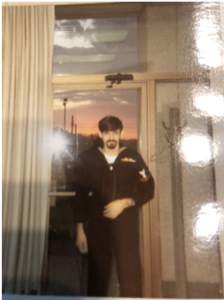 Dennis Disbrow – U.S. Navy
After graduating from high school, I had no idea of what I wanted to do in life. I joined the Navy and became a Hospital Corpsman. At the age of 19, I was sent to Vietnam to become a member of the 1st Marine Division, where I treated the sick and wounded Marines, as well as wounded enemy combatants and civilians.

Through all of this, I learned that I could make a difference in people’s lives - actually savings lives in some cases. I learned to give, expecting nothing in return. To serve as my duty and to help those who need it most. To endure hardships and pain to help others in need. To learn and to teach when I had the opportunity.

I have tried to carry these lessons into my life and civilian career. 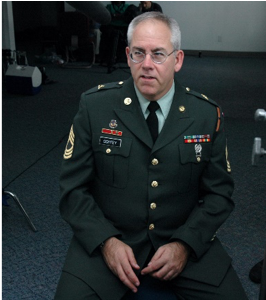 Jim Coffey – U.S. Army
I had the privilege of serving as a soldier and musician in the United States Army Old Guard Fife and Drum Corps from 1979-2006 – which was a unique assignment.

The United States Army Old Guard Fife and Drum Corps is one of the Army’s premier musical organizations, and is the only unit of its kind in the Armed Forces. Our mission was to support the U.S. Army Military District of Washington.

In addition to performing in hundreds of ceremonies and parades at Ft. Myer, the Pentagon and various other venues across the Washington, DC area, I also participated in seven presidential inaugurations. I also participated in countless Armed Forces Full Honor Arrival ceremonies at the White House for foreign heads of state, including Queen Elizabeth, Menachem Begin and Anwar Sadat.

As an official representative of the United States Army I performed at Super Bowl XVI, and marched in the Indianapolis 500, Kentucky Derby and Rose Bowl parades. I marched in local parades, in local communities and at schools across America in support of the Unites States Army Recruiting Command.

As a good will ambassador, I performed in Canada, Germany and France. After the Gulf War, we toured Germany and France performing for locals and troops who returned to their European duty stations following the war. 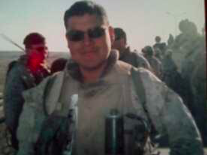 Kevin Parnacher – U.S. Marines
I served in the U.S. Armed Forces for 15 years before being medically retired for injuries I received while in service. I was in the U.S. Marine Corps for 5 years assigned to , out of 29 Palms, California. I was an Infantry Assaultman and my job was to be an anti-tank warfare/demolitions expert. I did two combat tours in Iraq between March 2003 and March 2005. After I left the Marines, I joined up with my local National Guard unit in New Mexico. I was assigned to Charlie Co. 1/200th INF for 10 years as an Infantry Squad Leader. And during my time with the Army, I was on the Border Mission in support of the U.S. Border Patrol, participated in the Balikatan Exercises in the Philippines, conducted humanitarian and relief efforts during Hurricane Gustav, and deployed to Kosovo in support of NATO KFOR 14. All while attending college full time!

I was fortunate enough to use my G.I. Bill that was provided to me and I took advantage of the opportunity. My experiences have taken me all over the world doing a variety of missions and being a part of history and I would not trade them for anything. I got to meet new people and see places most people aren't aware of its existence in the world. If I had not decided to be more than what I was when I chose to enlist, I would not be where I am today. The military has had a positive effect on my life and although it was tough on my family, the sacrifice that comes with the job was worth it.

I apply the 'never quit' attitude that was instilled in me in the military to all aspects in my life and it reflects in my work ethic as a result. However, the experiences I will Honor the most, are those of my brothers in arms who I had the privilege to serve with who came from all over our great nation. And to remember my three brothers who were casualties of war; Lt. Ronald Winchester, LCpl Aaron Simmons, and Cpl Kyle Klunder. They remind me that I must earn my place in life no matter where I am or chose to go and that I should be grateful and blessed. You Honor me for reading this and it has been a pleasure to serve this great land! Honor, Courage, and Commitment. Semper Fi!

Gaining a New Perspective through the Critical Talent Cohort Program

CTO Podcast: Digital Twin, Culture of Diversity, and Delivering the Art of the Possible

GDIT Cares: A Year in Review